Immediately accessible after leaving Vault 111, Sanctuary Hills will be the first buildable settlement you encounter in Fallout 4. Just activate the workbench upon arrival and you can immediately begin building.

Sanctuary Hills is a large open settlement, with plenty of space, and river access. Being the first settlement it is also the location of several in game tutorials. This large open space can provide the temptation to build haphazardly over the entire settlement. Resist this temptation or you will have a hard time defending your settlement from raiders.

The engine can spawn raiders from any location, including inside your settlement. It is important that you make use of the natural terrain, including the hedges to create choke points to funnel attackers into. Being an open settlement, a perimeter wall will be of great benefit, but do not neglect the insides of the settlement. Assaults typically come from over the bridge, the path to Vault 111, and eastern side towards the river.

Trashcan Carla is the traveling merchant that will visit Sanctuary Hills. You will most likely meet her near the Drumlin Dinner as you leave Concord. Do not threaten her.

Do not scrap the picket fences. Pick them up and use them to create a preliminary fence around the settlement, there is enough that you should not need to build any fences. Create choke points at the the bridge, vault 111 path, and next to the river. Keep the choke points open to prevent raider spawns in Sanctuary.

Once you rescue the survivors in Concord, build 18 units of food then assign both the Longs and Mama Murphy to farm them. Don’t give Mama Murphy the Jet that she wants. She’s far more useful as a farmer. Assign Sturges to guard duty. Do not assign any of the Concord survivors to shops, as their AI causes them to wander away from the shops at inconvenient times for you.

Rush Science 1 and build both an Industrial Water Purifier and a Medium Generator to run it. Selling that purified water is the quickest way to start getting resources to build up Sanctuary Hills. I recommend focusing on getting 3 to 4 Industrial Water Purifiers running at first, before building up the town proper. This is a great site to maximise water production at, as being close to Vault 111, most attacks are of a lower level. 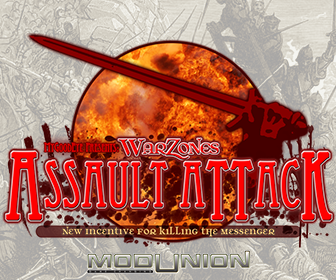